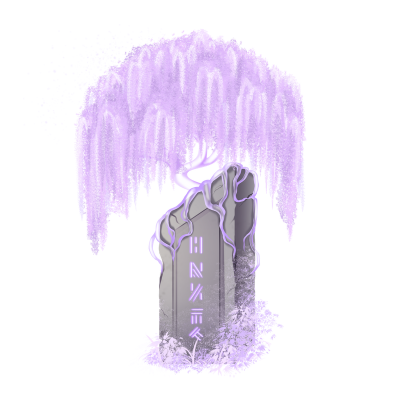 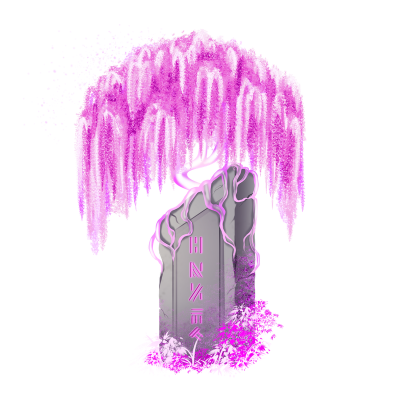 All Rawwken are hatched from eggs with clear Ethereal horns which they call Quartz and are granted their colour when visiting the Ancestral Tree; magnificent veins of shining Ethereal, its form resembling a tree branching up from a rune stone in the 'Shrine of The Lost'.

Newly hatched Rawkken are usually brought to the tree to receive the Ancestor’s Blessing, their horns are given one of the six Ethereal colours depending on the Rawkken’s Soul and henceforth the ability to pass into their given territory within the Oryalis.

However, there are those who do not wish to be connected to the Oryalis, and are not taken to the Ancestral Tree when hatched and are given a choice to either receive their blessing later in life or continue to live without access to the Spirit World. Rawkken who don’t receive the Ancestor’s Blessing are not treated differently or with malice by other Rawkken, and are known to seek their fate differently. 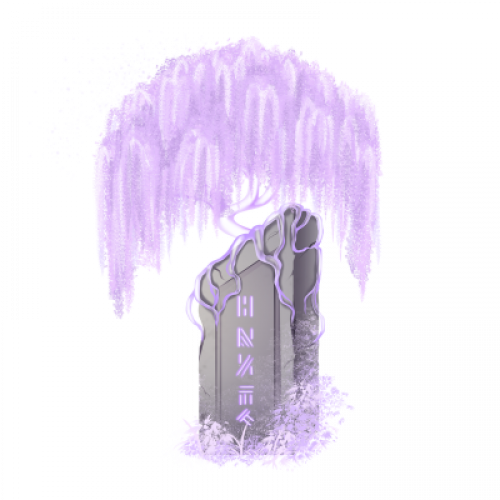 Ethereal is the crystal the Rawkken’s horns are born with and what the Ancestral Tree’s branches grow with. The Rawkken believe their God Virgo blessed their kind with the Ethereal so they can protect the Oryalis. They describe the Ethereal as ‘Eyes of The Ancestors’ believing the spirits of the Oryalis can see into the world of the living, through them.

The blessing didn’t come until after the Ancient’s reign - after freeing themselves from slavery, and have learnt to evolve their blessing into their daily lives.

Their Ethereal horns allow them to physically go into the Oryalis, their own Realm in one of the many territories where they can learn ancient histories, knowledge that they use for the good of their people. 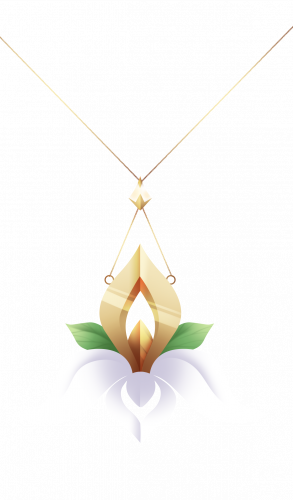 The Ethereal Tree calls to a Rawkken who has reached the end of their life span, whether it be age, illness or in battle, their soul hears the call of the Ancestral Tree, summoning them to join the spirits in the Oryalis. Like a moth to a flame, the dying Rawkken's spirit wonders to the Tree and is taken into the Spirit World to join their ancestors. This process is called, ‘The Rejoining’; the Rawkken rejoins the Oryalis, their knowledge and legacy returned for another to discover. When a Rawkken has ‘rejoined’ with the Spirit World, a new Ethereal flower blossoms on the Ancestral Tree.

The Jade Ethereal belongs to the Royal Bloodline of the Rawkken - the new hatchlings are taken to the Ancestral Tree and are blessed with Jade horns. The Ancestral Tree’s branches are decorated with Ethereal blossoms, each representing a Rawkken Ancestor that has passed into the Oryalis at death. It is said that this is how the Spirits know when royalty is presented before them for their blessing; because of their predecessors, knowledge is returned to the Oryalis and therefore the Ancestral Tree.

Rawkken who have been banished from the Oryalis and the Jaded City are called, ‘The Abandoned Ones’. There is such a tale of a certain Rawkken called Scias; who was banished from the Oryalis for scrawling dark spells and conjurings he learnt from his Realm all over his body using them for selfish endeavours. When he was discovered, the Spirits banished him and he was sent away from the Jaded city. Some say he found knowledge within the Oryalis Chronicles about other worlds and travelling between them - information like this can be dangerous to Aultora. After Scias’s crime, the spirits locked away the knowledge he’d discovered so no one could mistreat it again.