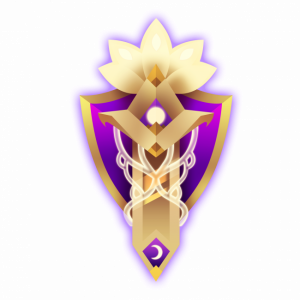 From the moment The Rawkken seized their freedom from slavery and was blessed with the ability to enter the Oryalis physically - a new age had dawned for their kind and they were prepared to protect it with their very lives.

It took time for the Rawkken to finally understand how to use the Oryalis’s knowledge, but once they learned how to tap into the archives, they flourished as a realm.

Soldiers were always around since their battle against the Voma to reclaim their land, but over time - their skills grew, teachings long lost handed down to them from the spirits of the Oryalis and their ancestors.

This was how the Warriors of Dawn came to be, the protectors of the Rawkken new age, their realm, their home, their people.

The General of the Warriors of Dawn, Amarn was trained by spirits of their ancestors in the Oryalis - he was known to have spent over 30 days within the Spirit World gathering information about the ancient art of 'Owan'kai' a form of martial arts that was lost to the World of Aultora.

When he emerged, he has rewarded his Odachi named 'The Sworn Protector' after being blessed by the Amethyst Druid. Given to him to defend and protect his city, his people and those dear to his heart.

He now serves his people, standing his ground at the borders of the Opal Gardens and keeping the Voma invaders who try to steal their Faun citizens for their sick and twisted greed, away from his land.

With his partner, Nualla, an Amythest Druid at his side, he is an unstoppable force that drives the Warriors of Dawn to defend the land and people they love.

To this day, the Warriors of Dawn’s cry can be heard throughout the realm as soon as the sun rises over the Opal Gardens.

Beacons of light, our spirits shine
Protecting our land from the storm
Guarding our homes till the end of time
We are the Warriors of Dawn

Those who have seen the Warriors first hand have described them as proud giants dressed in armour of light that fight like demons.

Whilst the Warriors of Dawn mostly comprise of Rawkken with the Amber Blessing, any and all besides ‘The Abandoned’, who can contribute to their constant efforts against the Voma are welcome in their ranks whether they’re healers, front line soldiers or blacksmiths.

The Soldiers of the Warriors of Dawn train ritually every morning just as the sun starts to rise over the horizon, believing the first light of the day will bless their efforts against the Voma and help them protect their families, loved ones and people.

Becoming a part of the Warriors of Dawn means committing your life to defend your realm in more ways than just lifting a blade to your enemy.