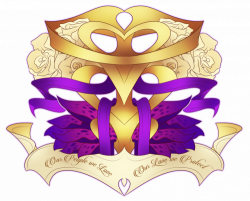 The Matriarch of the Kamina is known as ‘The Golden Flower’ - the name coming from the trait of their royal family line. Their golden anatomy such as their genitalia and horns and the gold filigree that patterns their skin.

The Kamina Matriarch has an arranged accord with the Sovereign of the Voma (snake anthro beings). Every generation they are escorted out of their realms to an isolated location where they spend time in each other’s embrace to conceive the next heir to the Kamina Throne.

In return for this arrangement; the Kamina Matriarch sends Iron Maiden Agents to protect the Voma’s realm and carts of exotic goods from Saphina’s Halo markets.

Because of this alliance, the city of Saphina is populated with a good percentage of Voma citizens and vice-versa.

The Matriarch is beloved by the Kamina people, and realms that have treaties with her domain. Whilst she is known to be both gentle and fair - there are those who know about her darkly beautiful side… 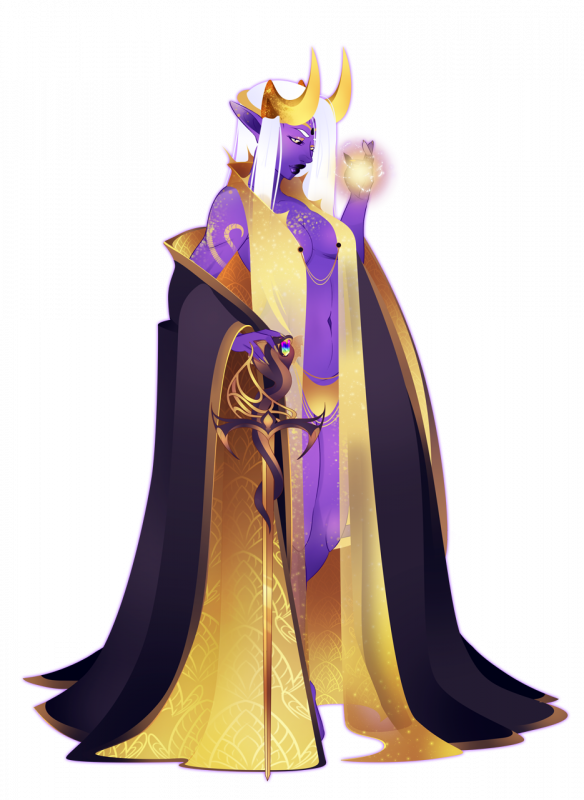 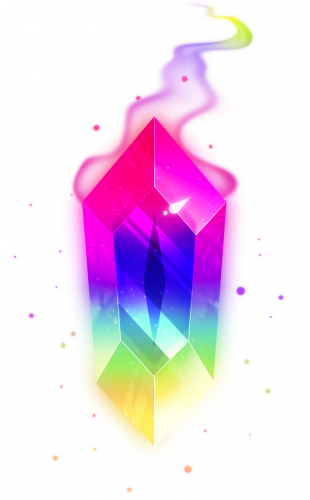 This Matriarch, in particular, hasn’t conceived the next heir as of yet. She was paired with the previous Sovereign of the Voma, known as Astra - however even though their pairing was arranged, they fell in love but kept their affections hidden from their people.

Tragically, Astra was slain in his seat as Sovereign, which plummeted the Matriarch into a dark depression. Believing her magic was useless, unable to bring him back, or change the future with a Shaderift - she felt there was no hope.

However - The Matriarch wanted to keep what was left of him close to her heart, having his soul embedded in a Soulstal (a type of crystal that can harness and contain a soul of a living being).

The Soulstal, known as 'Astra's Eye' because its colour resembles that of his eyes; now sits in the pommel of her rapier that was forged in the image of her deceased lover.

Most of her time is spent in her unique Shaderift, reliving the precious memories she has of her time in Astra's arms.

No one has ever seen her Shaderift Mirror - though rumours from inside the Ivory Palace; whispers of a wall of gold that spirals with a dark and mesmerising void. That the Matriarch's reflection is somewhat different within her mirror - a mystical creature of the night with eyes of obsidean glass... 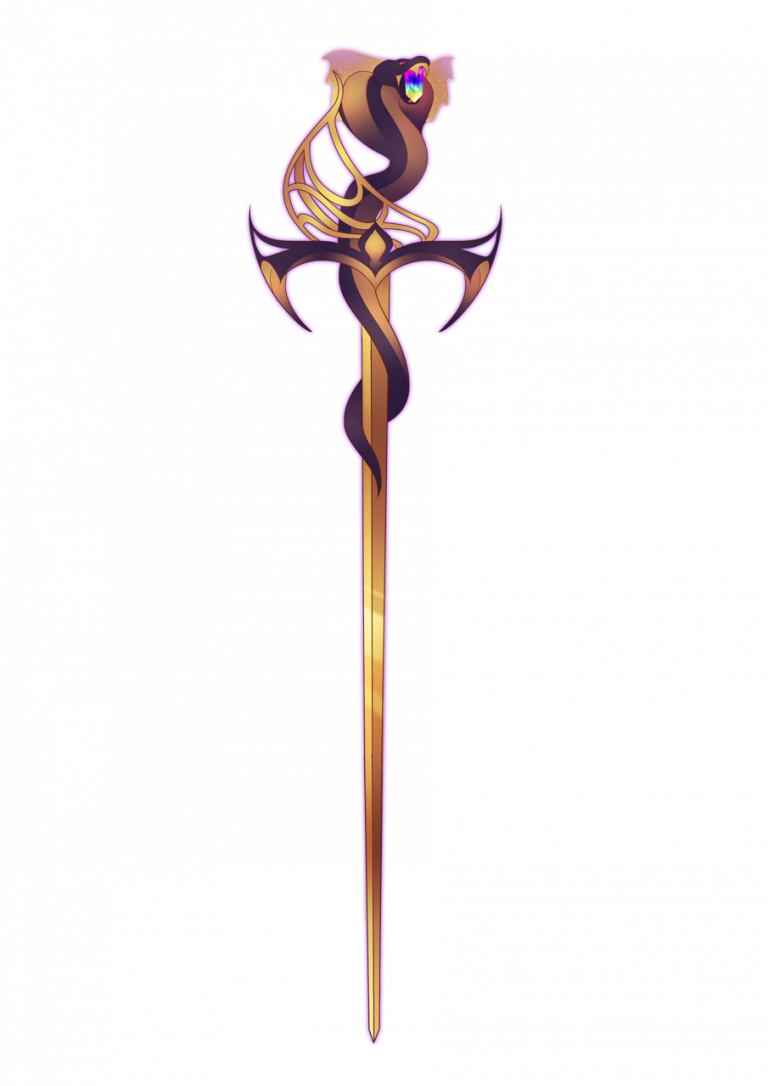