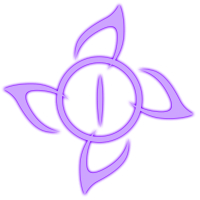 A Dark and mysterious race known as the Hewa, but are commonly called Void Walkers by those that fear them - they dwell on the Aloha islands, rebelling against Dralics sacred culture and traditions. 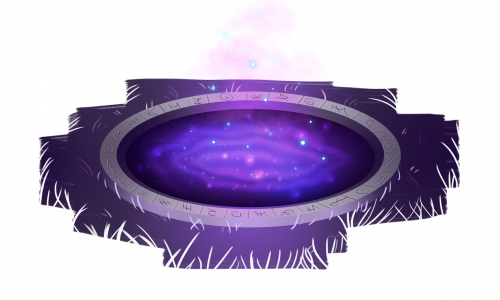 Oblivion Source is known as the remaining essence of the Ancient's power. A swirling pool of void which matches the description of their power from the Tale of Aku'ha - swirling tendrils of the void that span from their backs, churned the seas and stirred the skies.

The Pool of Oblivion Source is located in a template, centred on the Aloha Island - a sacred place guarded by the Elders. However, under their very noses, members of the Hewa Cult sneak into the temple to bathe in the Pool and obtain a slither of the Ancients old power.

Once a Dralic bathes in the Oblivion Source, their appearance changes, their eyes, fins, talons and sexual organs turn from the colour that represented their element - to a dark purple that mirrors the Pool's swirling vortex.

Their elemental traits are tainted by that of that Source giving their energies, traits of The Ancients.

These Dralic are known as Void Walkers and the more powerful members of the Hewa Cult.

Rather than worshipping the change in which created the Dralic and ended the Ancients, they worship and practice the ancient magic of their predecessors.

Because of their bond with the Ancient's power, known as 'Oblivion Source', their anatomical aspects radiate with a mystical purple, and an orb of Oblivion Source spirals and sparks between their horns.

The Hewa, are not born in this state, only becoming Hewa once they have been bathed in 'Oblivion Source' - which means any Void Walker, could have been from the Ka'Wai, or Olha clans - their elemental traits tainted by that of that Source giving their energies, traits of The Ancients.

Bathing in the Oblivion Source leaves any Dralic infertile and unable to conceive/lay eggs. This side-effect of the transformation can lead some Hewa Cultists to steal eggs from other clans to raise as their own under the Hewa beliefs. 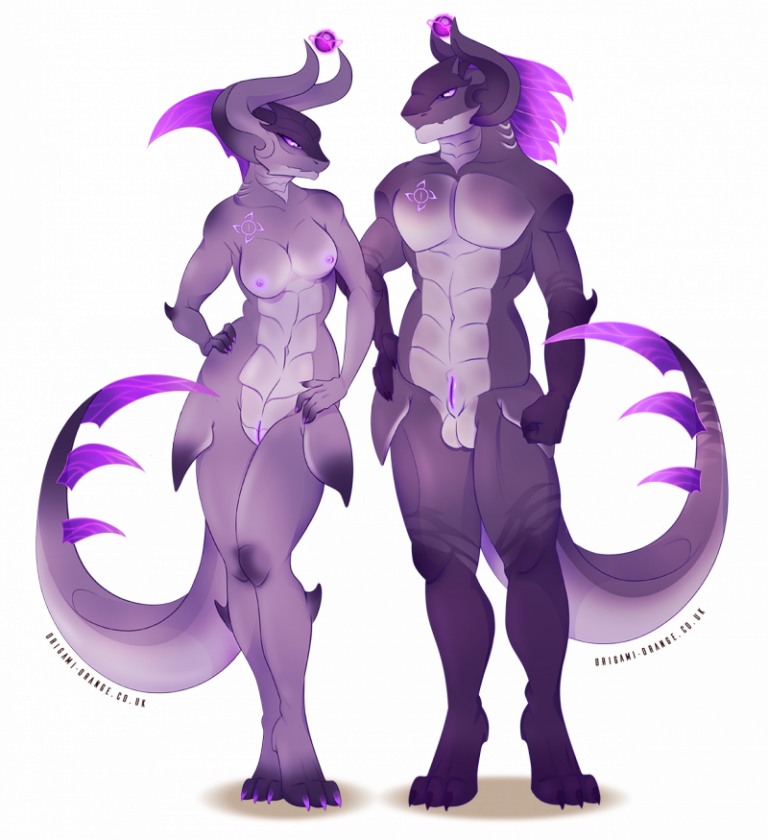 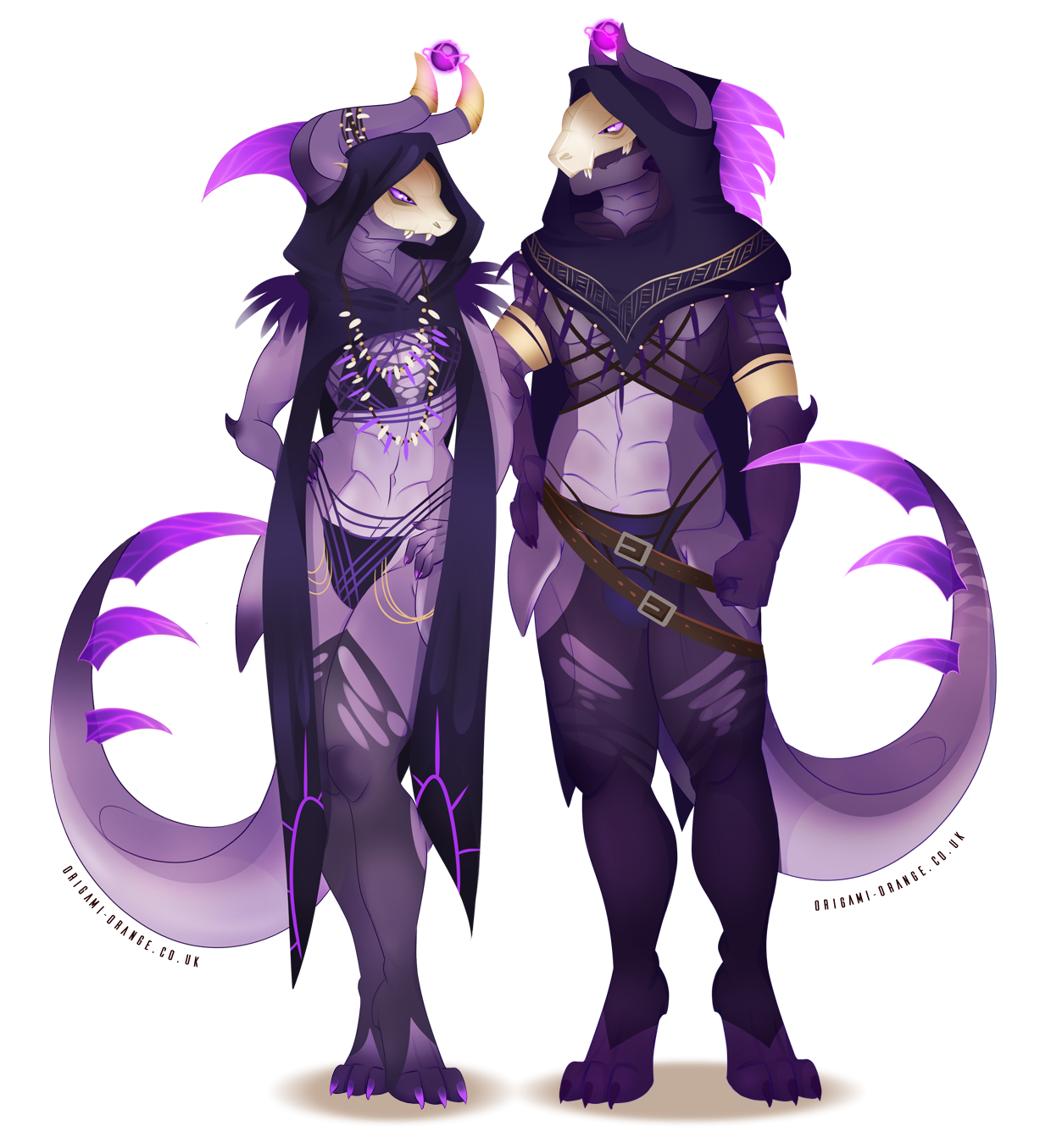 Unlike the other clans - once the Hewa have bathed in Oblivion source they can in fact both manipulate and create their new elements.

The Olha, once bathed in Oblivion source, can excrete poisonous smog or cloud that's both lethal to plants and mortals, through their skin.

Unlike the Aciha, once bathed in Oblivion source, their elemental connection can become volatile. Flames the colour of the void can appear in the palm of their hands or in the form of breath.

The Honua's abilities, once bathed in Oblivion source, become destructive, transforming anything they touch into ashes.

The Dralic of the Hewa are more of a cult then a clan - they gather and recruit to worship the ways the Ancient’s ruled - believing that they should be brought back to dominate the world once again.

They’re an extreme group of Dralic, believing in doing what’s best for those they worship. Their dark demeanour makes them seem almost evil to the other clans - though they’re not known for physically harming their own kind - they have been known to be aggressive towards outsiders. This derives from them believing they are the pinnacle of all races.

The Hewa don’t live in huts or villages - they take refuge in the crumbled ruins of ancient temples scattered on the Aloha islands.

Loving their mates with passion and roughness - and can be both dominant and submissive when it comes to their lovers. They’re not known to take mates, however - they’re known to share their sexual appetites with any and all of their Hewa members.

Leader of the Hewa

Imperia was hatched an Amura in the Wai Islands, conceived during the mating ritual, her Mother was a Ka’wai and her father a Honua. When she was only a few months old, her mother died of a sickness, and her father left the Mo’anha islands unable to stand his home without his Sula’ina, abandoning their child.

Imperia was taken in by an Olha family, who taught her how to use the plants they were gifted with to create tonics, balms and poisons for hunting. They also taught her how to connect with the creatures, the tricks of the trade, eventually when she was old enough, became bound to a Canaán.

However, once she reached that certain age when her Amura traits kicked in - she was sunned, her adopted family unable to withstand her natural traits that were out of her control.

Copyright © 2020 Origami Orange Ltd.
All Rights Reserved
We use cookies