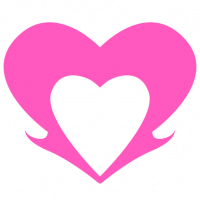 An Amura is a species of Hermaphrodite Dralic that are born with certain rare biological qualities. Only one in fifty Amura are born - and not until they reach a certain age, do the Amura qualities start to appear.

On top of their skin colour being brightly coloured and have unique markings - and are capable of certain sexual attributes. Their genitalia are far more sensitive to the point the slightest accidentally brush of their skin can cause arousal. Because of this sensitivity - they produce an arousing scent non-stop that attracts the attention of those in close proximity.

Unlike other Hermaphrodites, the Amura are also unable to reproduce, making the exsistance an Amura Dralic that much rarer.

Another aspect of this sensitivity is their male genitalia is able to experience multiple orgasms during intercourse or sexual release without exhaustion.

The slightest pleasure can set them off - a delicious food - a hot bath or physical closeness to another person - it can rile their bodies into being instantly aroused. When aroused, they find it extremely difficult to stop the emotion unless relieved of their hunger by physical means. Even their saliva becomes uncontrollably addictive to those that mate with one.

These qualities tend to show when an Amura reaches the age of 16. 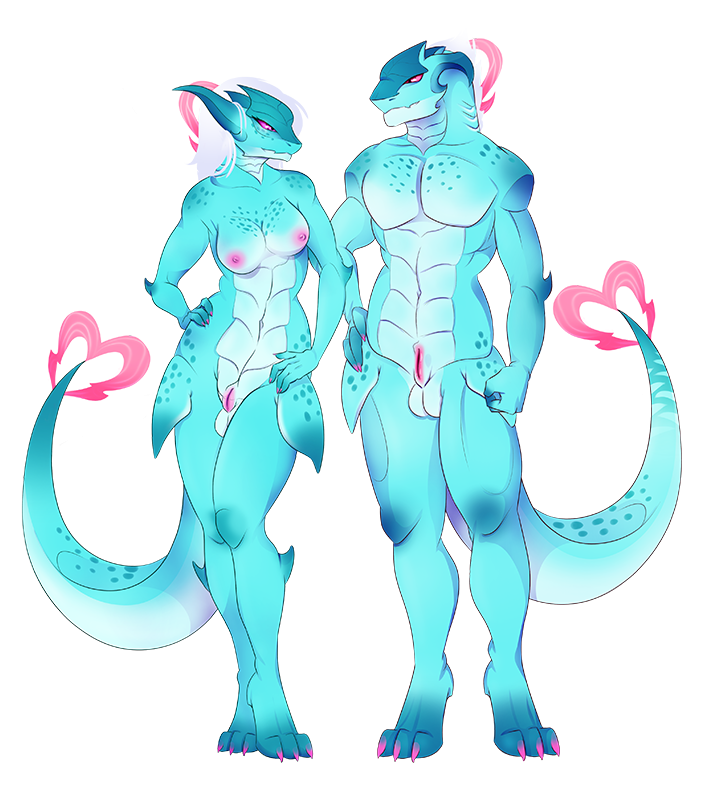 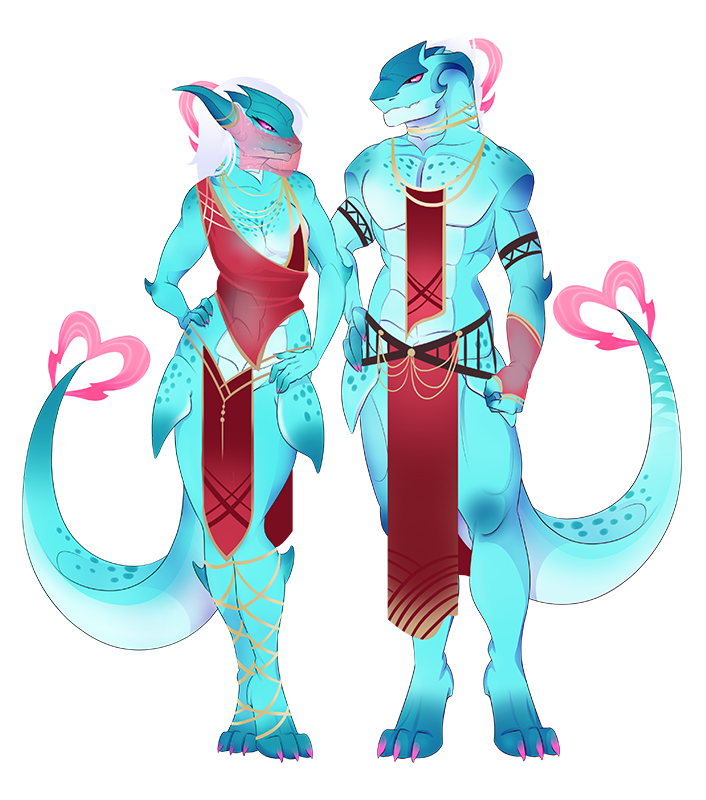 On top of the obvious physical appearances, such as; their fins, talons, genitalia and lining of their mouths which are a bright shade of pink. A well-known aspect of the Amura is the form of their fins; which take on the curves of a ‘Heart’ shape.

Their fins also tend to change colour depending on their mood - listed above are the colours they take on and the emotions they're associated with. The Amura are the only ones that have this ability - no one knows why but the Elders have always thought it was a rare attribute handed down from the ancients.

This is the iconic Amura fin colour, which also remains across their bodies, hip-fins, claws, genitalia and inside of their mouths.

When showing or receiving affection both intimately or otherwise, the Amura's fins turn purple.

When feeling angry, rilled or even disgust, the Amura's fins turn a deep red.

When feeling scared or anxious their fins turn a bright green.

When the first of the Amura came to light, they were worshipped as gods - given the best huts in their clans, fed, washed and clothed in the finest materials. In exchange - if a Dralic required sexual relief - they made an offering to the Amura and would spend 3 days in a tent with one to relieve their stress. The offering could have been anything from their home clan, such as food, hides, furs, crystals or even handmade crafts.

The Amura then were not allowed to have mates, be marked or mark others in any way - they were purely shared among their people for this purpose.

However - rules were made to be broken when an Amura fell in love with one of their visitors and chose them as their mate; the Elders punished them for this by taking away their privileges.

The Amura from then on - became slaves; during certain times of the day, they would be tied to poles in the centre of tents for hours. Any Dralic could walk in and take advantage of their exposure for their own pleasure.

In between these times of servitude - the Amura would be cleaned, fed and allowed to sleep with others of their kind, however, their hands were always bound and their mouth muzzled to prevent them from pleasuring both themselves and others.

Thankfully this is no longer how they’re treated today.

Amura today are treated the same as any other Dralic - they are able to mate and share a mark, work and participate in Provings and the Mating season ritual.

Whilst the Amura don't have any elemental abilities, they are still free to take part in the provings to show their worth and dedication and be rewarded with an object of elemental qualities. Receiving a clan marking is to improve the strength of a Dralic's elemental connection, so the Amura wouldn't benefit from receiving a mark. They're also not dedicated to one clan and have the freedom to roam from island to island as they wish.

Whilst the Dralic still occasionally find it difficult to be around one because of their alluring scent, there aren’t enough Amura around to cause any distracting issues. Whilst the Amura choose to live among whichever islands suits them, they have specific tents the inhabit to keep their urges in check and avoid causing unwanted attention with their scent.

These tents are usually filled with a scented essence which helps smother the Amura’s Alluring scent to a certain degree.

Some Amura during their changing years - tend to stay on the Aloha islands to keep out of trouble until their urges and physical attributes start to die down. This, however, is of their own choice and not something forced upon them.

Other Amura also have more freedom to leave the Mo'anha islands - since they have no elemental connection, they're not seen as soulless if they choose to leave the islands for any reason.

Whilst most Dralic are wary of the Amura’s effect on them, being careful to control their natural urges to their mere scent - an Amura who’s body has been soaked in the Ancient’s power could surpass their will with ease and control their very emotions.

Their pheremones allow them to invoke another Dralic with any emotion, making them feel what the Amura Voidwalker willed, except for ‘love’.

But it has a limit, depending on their distance from their target, the pheromones can wear off and in order to affect them, they have to be in close proximity to effect a Dralic, allowing their pheromones to affect their senses.

They’re abilities also only effect other Dralic - as far as we know, their pheromones have no effect on any other race.

Physical changes the Amura take on when bathed in Oblivion source are similar to that of the other Dralic. Their genitalia and talons taint with a purple hue.

The differences are the Amura’s most obvious trait, their mood-changing fins remain just as they are - this is mostly tied to their tainted ability to invoke any emotion save for ‘love’ within another Dralic. Because of their lack of Elemental abilities - they also don't form Oblivion Source Orbs between their horns, making them far easier to blend in with Dralic clans.

NSFW means 'Not Safe For Work'. The content may be inappropriate for ages under 18 or viewed in certain situations. Posts my contain graphic or explicit images, references or stories.
Continue Go Back